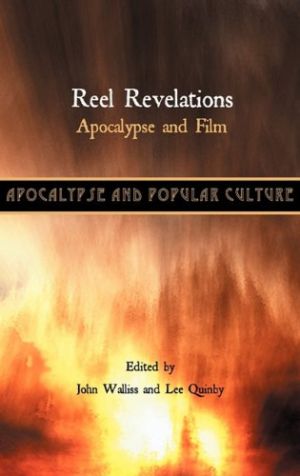 In the last decades, writers and directors have increasingly found the Book of Revelation a fitting cinematic muse for an age beset by possibilities of world destruction. Many apocalyptic films stay remarkably close to the idea of apocalypse as a revelation about the future, often quoting or using imagery from Revelation, as well as its Old Testament antecedents in Daniel, Ezekiel, and Isaiah. The apocalyptic paradigm often instigates social criticism. Kim Paffenroth examines how zombie films deploy apocalyptic language and motifs to critique oppressive values within American culture. Lee Quinby shows how Richard Kelly's Southland Tales critiques not only social and economic crises in the USA but also Revelation's depictions of Good versus Evil as absolute oppositions. Frances Flannery points out how Josh Whedon's Serenity deconstructs the apocalypse precisely by using elements of it, depicting humans as their own created monsters. Jon Stone notes how apocalyptic fictions, while presenting nightmare scenarios, are invariably optimistic, with human ingenuity effectively responding to potential disasters. Mary Ann Beavis examines the device of invented scriptures (pseudapocrypha), deployed as a narrative trope for holding back the final cataclysm. John Walliss studies evangelical Christian films that depict how the endtime scenario will unfold, so articulating and even redefining a sense of evangelical identity. Richard Walsh analyses the surreptitious sanctification of empire that occurs in both Revelation and End of Days under the cover of a blatant struggle with another 'evil' empire. Greg Garrett examines how the eschatological figure of 'The Son of Man' is presented in the Matrix trilogy, the Terminator tetralogy, and Signs. Elizabeth Rosen shows how a postmodern apocalyptic trend has been working its way into children's fiction and film such as The Transformers, challenging the traditionally rigid depictions of good and evil found in many children's stories. This is the first volume in a forthcoming series of 6 titles on The Apocalypse and Popular Culture.