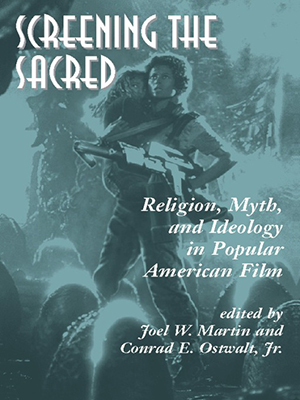 What are the religious impulses in the 1976 film Rocky, and how can they work to shape one’s social identity? Do the films Alien and Aliens signify the reemergence of the earth goddess as a vital cultural power? What female archetypes, borne out of male desire, inform the experience of women in Nine and a Half Weeks?These are among the several compelling questions the authors of this volume consider as they explore the way popular American film relates to religion. Oddly, religion and film—two pervasive elements of American culture—have seldom been studied in connection with each other. In this first systematic exploration, the authors look beyond surface religious themes and imagery in film, discovering a deeper, implicit presence of religion. They employ theological, mythological, and social and political criticism to analyze the influence of religion, in all its rich variety and diversity, on popular film. Perhaps more importantly, they consider how the medium of film has helped influence and shape American religious culture, secular or otherwise.More than a random collection of essays, this volume brings to the study of religion and film a carefully constructed analytic framework that advances our understanding of both. Screening the Sacred provides fresh and welcome insight to film criticism; it also holds far-reaching relevance for the study of religion. Progressive in its approach, instructive in its analyses, this book is written for students, scholars, and other readers interested in religion, popular film, and the impact of each on American culture.