Hollywood Biblical Epics: Camp Spectacle and Queer Style from the Silent Era to the Modern Day 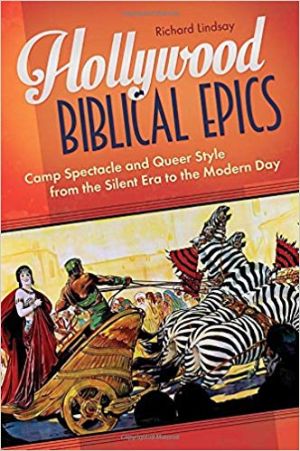 In spite of restrictive Hollywood censorship regulations, filmmakers throughout history have pushed the boundaries of sex and violence when making religious films. In this unrivaled text, author and educator Richard Lindsay analyzes the relationship between bible-based epics and "camp"—films with overwrought acting, casts of thousands, and exotic sexuality. Lindsay presents the ways in which camp style identifies films as "biblical" in the mainstream imagination, while undermining their traditional religious messages through the inclusion of sexually diverse subtexts. Viewed through this lens, this provocative book explores topics like the Jazz Age excesses of The King of Kings, the pre-code decadence of The Sign of the Cross, the horror movie tropes of The Passion of the Christ, and comparisons between Ben-Hur and the gay male fantasies of 1960s beefcake magazines. Additional content features the history of biblical epics and a comparison of the pious expectations of filmgoers against the real content of the films.